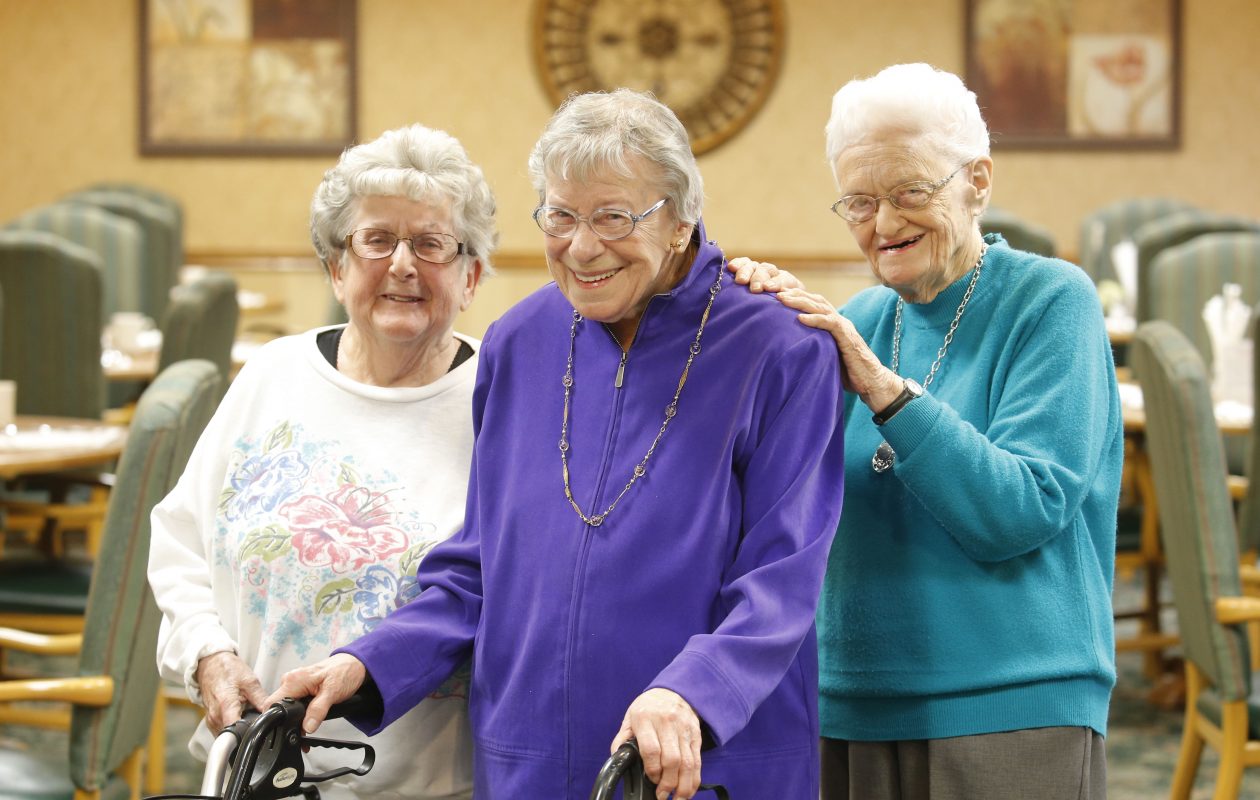 Being lifelong friends takes on new meaning when you get into your 90s, and you’ve lived a few blocks away from each other your entire lives.

It means you put up with their ribbing and banter, you don’t have any secrets – and you count each day with them as a blessing.

And now three South Buffalo gals, Jean Ormond, Evelyn Kruse and Jean Conlon, are even closer. They all moved over the city line into Elderwood Assisted Living at West Seneca in the last year.

“I don’t think you get a lot of close friends. I can count on them, and they can count on me, I hope,” Kruse said.

Their daily banter keeps them on their toes, like this exchange over where a photograph was taken:

“Where was this taken?”

“No,  it can’t be Templeton Landing.”

“Well that’s where we had dinner.”

“But it doesn’t look like it to me, you know what I mean?”

And so it goes.

Conlon, 90, was the first to move to Elderwood, after she broke her neck when she fell down the stairs.

“When I was a kid I was sort of a tomboy, and my mother used to always say, ‘Jean, you’re going to break your neck.’ I had to wait till I was 90, but I broke my neck,” she said with a chuckle.

Kruse, 93, who is Conlon’s cousin, was the next to move from the Houston Street home where she lived her entire life. She and Conlon lived next door to each other for years.

“I came here because things were getting too darn hard for me to keep up myself,” Kruse said.

Ormond, 91, was next, when she landed in the hospital and couldn’t go home.

Kruse and Ormond became fast friends because their mothers used to live behind each other. The daughters of a carpenter and two railroad men, they’ve lived through the Great Depression and World War II and beyond. All three are only children, two are widowed, and one, Kruse, never married: “I saw the light,” she joked. But she was maid of honor at Conlon’s and Ormond’s weddings.

“My father died when I was a sophomore, and I knew my mother was not going to be able to put me through college,” she said.

She worked for Hengerer’s department store, then went to Hens & Kelly department store “just for Christmas,” and stayed there until the store closed. She took a civil service exam and spent the next 19 years issuing birth certificates in City Hall. 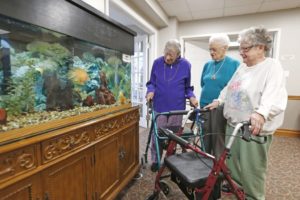 Lifelong friends Jean Ormond, 91, right, Evelyn Kruse, 93, center, and Jean Conlon, 90, all moved from their homes in South Buffalo to Elderwood Assisted Living in West Seneca over the past year. (Robert Kirkham/Buffalo News)

Ormond went to St. Thomas, South Park High School and Bryant & Stratton Business Institute. Her first job was for the state Parole Board, where she learned a few things she didn’t pick up in South Buffalo.

“It was like a dime store novel every day,” she said. “I did not know people lived the way they lived. Never in my whole life.”

She ended up working in City Hall, too, eventually working in the offices of Mayors Stanley M. Makowski and Jimmy Griffin. Her time in the mayor’s office included the Blizzard of ’77, where officials stood over her typewriter, dictating news releases.

Kruse was the old-fashioned type teacher, she said. She stood at the door, students walked in and took their seats. One day she heard a student complain all they ever did in her class was math. It was a math class, she noted.

“I told them once, ‘I didn’t get all dressed up and come all the way out here to entertain you. I came to learn ya,’ ” she said. “You’ve got to understand that’s the age group, and that’s the way they are and you can make it fun or not like it. Some days I made it a lot fun and I had a lot of fun over it, but some days I didn’t like it, either.”

As they reflect on friendship, they realize they are the ones who are left from a group that used to go out and travel together.

“Jean will not get on a plane,” Ormond said.

“If God wanted me to fly, he would have given me wings,” Conlon said.

And when they traveled, Ormond and “Krusie,” as Ormond called her, were used to speaking their minds.

“When we traveled, people would say to us, ‘Are you sure you’re friends?’ ” Ormond said. “We get along fine. We understand one another, I guess.”

Two said they attribute their longevity to “good living,” and one gave credit to being “ornery.”

“And that glass of wine every night,” Kruse said.

Their advice to those entering earlier decades includes:

“Live and enjoy every day that God gives you,” Ormond said.

“I would say love your neighbor,” Conlon said.

“Have fun. That’s what we’ve always done,” Kruse said. “You’re going to have bad times, but it makes you stronger, and take time out to enjoy. Don’t miss the good times, and don’t sweat the bad times either, you can work them out.”

Posted at 14:37h CATEGORIES: All Articles, Elderwood by Brooke Lebeau